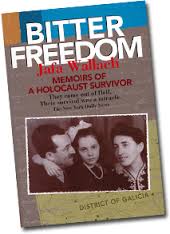 Beyond Bungalows Travelogue
by Miriam Karp

The summer exodus into the Catskill Mountains overflows with thousands of Jewish bungalows, hundreds of camps, with Synagogues and Yeshivot galore. The main streets of otherwise sleepy towns suddenly sprout Kosher delis, pizza shops and Jewish book and novelty stores, teeming with shoppers and strollers like a transplanted Boro Park. After a while, some may feel they need a vacation from the Catskills.

The Less Traveled Road
Here's an interesting alternative: Instead of turning west on Route 17, head north on interstate 87, which will get you to Albany's New York State Capital within 2 hours. The impressive Capital buildings and the New York State Museum are worth touring. Cooperstown's Baseball Hall of Fame and the subterranean Howe Caverns are 20-50 miles west. Tannersville has a Shul, day camp, mikvah, and the Torah Learning Institute (www.machonchana.org.) offers classes for women of all ages and stages in a 60-room hotel.
A little south, Hunter and Windham draw ski buffs to their intense slopes. Summertime visitors enjoy the countryside, farms and meadows, and the rugged mountain vistas and wildlife. The picturesque towns beckon with inns, country stores and art galleries. The town of Woodstock continues its legend with artsy boutiques displaying unique items.

Saratoga
Saratoga hosts the famous Race Track, and aficionados will enjoy the new National Museum of Racing and Hall of Fame, as well as the historic Casino in blooming Congress Park. The Saratoga Performing Arts Center is the summer home of the Philadelphia Symphony Orchestra. Over 100 naturally carbonated mineral springs burble in elaborate fountains throughout Saratoga. No charge. The therapeutic Lincoln Mineral Baths also attract elderly Chasidim who maintain a Shtiebel in July. Saratoga National Historical Park, the battlefield where the Americans halted the 1777 British invasion has Revolutionary War cannons, period uniforms and artifacts. Downtown Saratoga features magnificent Victorian mansions, and Yaddo is a 400-acre artistic retreat nearby. Saratogarecently received the Great American Award for using its past to draw visitors today, and its Jewish community is seeing a revival.

In August, the Lake George Minyan has 50-200 participants at daily morning and evening services.
Saratoga Chabad conducts Jewish art and music events and Torah classes year round, and its resident scribe is presently writing acommunal Torah scroll. It also sponsors the Pirkei Avot Library with over 500 volumes of commentaries on Ethics of our Fathers, traditional summer reading.

Saratoga's Bais Mashe Shul is a short walk from Broadway's major hotels. The Price Chopper supermarkets offer a year round Kosher store in Colonie, 2 miles west of Northway exit 2w in Albany. During the summer it also has an expanded Kosher section in the Town of Catskill, and in Lake George at Amherst and Iroquois, right behind the main Canada St., plus a Kosher hotdog cart in August.