What about Small-Town Jewry? 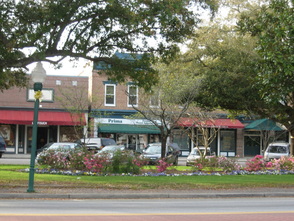 A Rabbi Against Outreach?
The Mishna in Pirkay Avot (Chapter 6, Mishna 9) states:

Said Rabbi Yossi Ben Kisma: I was once walking on the road, when a certain man met me.
He greeted me, "Shalom," and I responded, "Shalom."
He said, "Rabbi, from which place are you?" and I said to him: "I am from a great city of scholars and sages."
He said: "Rabbi, if you will live with us in our place, I will give you a million dinars, gold, silver, precious stones and pearls."
I replied: "Even if you give me all the silver and gold, precious stones and pearls in the world, I will dwell only in a place of Torah..."


"Retreat to a Torah Tower?
The obvious moral of this story is that Torah is a priceless treasure, and we shouldn't give it up for anything in the world. Yet, the Rabbi's rejection and refusal to reach out to fellow Jews who are seeking Torah leadership is very disturbing. Is he abdicating the responsibility of sharing Torah with others? Is it fair to shrug off his sacred duty and obligation to teach others by retreating into the smug comfort of a secluded Torah Tower?

With all due respect to Rabbi Yossi's concern for his own growth, he seems to ignore the basic mitzvah of Ahavas Yisroel -to love our fellow Jew! Indeed, this negative attitude contradicts everything that we have learned earlier in Avot about our obligation to help others, 'do not keep theTorah to yourself,' and 'learn Torah in order to teach.


A Rabbi for the Wrong Reason
Some commentaries justify Rabbi Yossi's refusal by emphasizing the word 'Bimkomaynu:' 'come live with us in our place."  The members of this town had sought someone to relieve them from their own Jewish obligations, expecting the Rabbi to pray and do Mitzvos in their stead, so they could live free and do as they please. But this explanation leaves something to be desired. Rabbi Yossi should not be excused by those people's ignorance; shouldn't he have tried to correct their mistake and change their mistaken perspective? Had he accepted the position, he could have certainly taught them that Judaism involves each Jew personally, not just the clergy.

Focus On Money
Other commentaries defend Rabbi Yossi, explaining that he became frustrated and discouraged by the man's apparent emphasis and obsession with wealth. Yet the question remains. Why did Rabbi Yossi turn down such a golden opportunity to build a place of Torah? Had he moved there, he would surely have had enough to cover a dream budget: money to build a school, a Yeshiva, a Kollel and a whole Torah community to his liking. Had Rabbi Yossi indicated the address of that city's Search Committee, surely many an interested candidate would have accepted this lucrative position!

Pioneering A 'Torah City'
The difficulties in a mere superficial understanding of this Mishnah force us to consider a novel interpretation - that Rabbi Yossi did indeed do the right thing. It may very well be that Rabbi Yossi did indeed accept the man's invitation, and actually followed him to become their rabbi! Rabbi Yossi's insistence on living in a place of Torah was not limited to his old domicile. On the contrary, it expresses his determination to pioneer the building of a 'Makom Torah' in his new residence. This scenario may seem strange at first. But a careful examination of Talmudic and historic references will help us track down Rabbi Yossi Ben Kisma to a specific location that was not known to be a Torah fortress.

Rabbi Yossi In Rome!
The Talmud (Sanhedrin 98a) details a discussion between Rabbi Yossi Ben Kisma and his students regarding the future Redemption, in which Rabbi Yossi points to a specific gateway as a landmark. Rashi comments that this dialogue took place in Rome. The Maharsha raises the obvious question; How could the reclusive Rabbi Yossi, who refused to live anywhere but in a Makom Torah, find himself in a city like Rome, the source of the Temple's destruction and the very antithesis of Torah? It is also rather surprising that we find that the highest Roman officials attended Rabbi Yossi's funeral and eulogized him (Talmud Avoda Zara 17a). It seems highly unlikely that Roman officials, who forbade Torah study, would travel to Rabbi Yossi's exclusive Torah place to pay respect to a rabbi who rejected anything outside his sheltered Torah enclave. Contrary to our initial impression, it is apparent that Rabbi Yossi was not restricted to a secluded Torah enclave, but also functioned as Rabbi and teacher in 'Rome'


Cesarea
This Roman city may have been Cesarea, - the seat of Roman government in Israel, which also had a Jewish community. This may also be related to "Rabbi Yossi of Cesarea" (Sanhedrin 98a), a preacher who discussed ways of bringing people closer to Judaism. Perhaps he is the Rabbi Yossi ben Kisma who moved to Cesarea to establish a Place of Torah, where we find him surrounded by students concerned about Jewish future and Redemption.


A New View of Rabbi Yossi
We can now see Rabbi Yossi in a new light. Rabbi Yossi does not spurn the invitation. On the contrary, he responds, quotes relevant passages from Psalms and Proverbs and spends time learning with his President! This was actually Rabbi Yossi's charge to the community even before he set foot there. The topic of his first sermon is: "Torah is the best investment... Money isn't everything!" The congregation wanted to spend big money on a prestigious Rabbi, listed in the Who's Who, who would impress the mayor, the media and their gentile neighbors. They wanted to buy themselves an amenable rabbi who would accept them as they were, without making religious demands. They offered a nice salary, "But please, Rabbi, a Yeshiva here will interfere with our lifestyle!" They tried to teach their Rabbi that 'When in Rome, do as the Romans do.' They showed him their city limits, showing the rabbi that he is coming in on their turf.


Tiberias
Now that we found Rabbi Yossi to have been located in 'Rome,' let us
explore a little more Talmudic geography to better understand where Rabbi
Yossi was coming from.
The Talmud (Yevamoth 96b) describes a highly intense Halachic discussion
that occurred between the rabbis in Tiberias, which unfortunately resulted
in a Torah scroll was torn apart.
"Rabbi Yossi ben Kisma was there. He became very upset and commented: "I
wonder if this House of Study will not be transformed into a House of
Idolatry."  The Talmud concludes, "and so it happened."
"I was once walking on the way"
This may be why Rabbi Yossi Ben Kisma finds it necessary to preface his
narrative by saying: "I was once walking on the way..."
Why is it important to mention that he was walking on the way? Why couldn't
the visitor have met him within the city, or approached him in his home?
Furthermore, if Rabbi Yossi was so insistent on never leaving this place of
Torah, why was he walking around elsewhere, venturing so far from the city
that the man asked him: "From which place are you?"
We now know that Rabbi Yossi Ben Kisma was actually in the city of Tiberias
(referred to as was city of Rabbis and scholars' (Megillah 7, Bava Batra
9)). We also know that he became very upset by the scholars' divisiveness
and intense rivalry and the tragic ruinous results.
It stands to reason that Rabbi Yossi left Tiberias very heartbroken and
dejected. He was thus walking on his way, when this man approached him. The
man realized that Rabbi Yossi was searching for a new place, and therefore
invited him to come to his town.
When Rabbi Yossi responds "I am from a big city of scholars" he was not
saying so with arrogance, but rather with a painful tone of heartbreak,
sorrow and disillusionment. He was trying to get away from the 'big city'
politics and divisiveness, that resulted in the torn and tattered Torah
scrolls he had left behind.

Rising to the Challenge
Rabbi Yossi was thus ready to go out and work to rebuild Torah in a new
place. Rather than relax in the comfort of a pre-existing makom Torah,
Rabbi Yossi ventured forth to work hard and break ground to establish a new
makom Torah
Rabbi Yossi rose to the challenge.  He was not at all impressed by his new
host's material wealth; he was concerned about their spiritual poverty.
Well meaning as they were, Jewish continuity was not on their agenda.
He was not afraid to state his goal to raise their Jewish conscience and
awareness Rabbi Yossi did not surprise them later, but expressed his
condition very clearly at the outset.
He thus told his congregants-to-be: "As much as you treasure your physical
wealth, please be aware that the Torah is the precious inheritance of each
Jewish man, woman and child, and is far more meaningful than anything in
the world!"